This weekend marks the 10th anniversary since Osama Bin Laden, the mastermind of the September 11, 2001, attacks on the United States, was killed by US special-operations forces, Seal Team 6, inside his high-walled compound in the Pakistani military college city of Abbottabad.

His name and that of his terrorist network, al Qaeda, came to define an era of US reaction and retribution dwarfing any previous counter-terrorism policy.
America’s “war on terror” is about to enter a new phase as President Joe Biden prepares to withdraw all US forces from Afghanistan by the 20th anniversary of 9/11, but now al Qaeda claims its war with America is far from over.
In an exclusive interview with CNN conducted through intermediaries, an al Qaeda official tells CNN that “war against the US will be continuing on all other fronts unless they are expelled from the rest of the Islamic world.”
In the past al Qaeda has rarely responded to questions, choosing instead to hide behind its own self-serving propaganda, dodging even the most distant scrutiny. It’s unclear why the group has chosen to do so now.
Terrorism analyst Paul Cruickshank, editor-in-chief of West Point’s CTC Sentinel, who reviewed al Qaeda’s answers, says it is possible “they feel buoyed by the Biden administration’s decision to pull out troops from Afghanistan, but they may also be seeking to deflect attention from the many recent losses.”

Today, the terror group that once roared to world attention is reduced to a whimper, but it is far from dead. And now says it’s planning a comeback after US forces leave Afghanistan, by partnering once again with the Taliban.
In its response to CNN, al Qaeda’s spokesperson heaps praise on the Taliban for keeping the fight against America alive. “Thanks to Afghans for the protection of comrades-in-arms, many such jihadi fronts have been successfully operating in different parts of the Islamic world for a long time,” the spokesperson says.
By September 11 this year, America’s longest war that aimed to neutralize the terror group will formally end, with President Biden declaring, “Bin laden is dead and al Qaeda is degraded, in Afghanistan. And it’s time to end the forever war.”
US Secretary of State Antony Blinken agreed, telling ABC’s “This Week” earlier this month: “We went to Afghanistan 20 years ago, and we went because we were attacked on 9/11, and we went to take on those who had attacked us on 9/11, and to make sure that Afghanistan would not again become a haven for terrorism directed at the United States or any of our allies and partners,” Blinken said. “And we achieved the objectives that we set out to achieve.”

What made the exit possible is America’s February 2020 deal with the Afghan Taliban in which the group promised to cut the ties with al Qaeda that caused the US to invade Afghanistan following the 9/11 attacks. Through journalistic intermediaries, CNN stringer Saleem Mehsud reached out to al Qaeda for its reaction to Biden’s move to pull out troops from Afghanistan, and rather than ignore him as it has done so many times in the past, representatives answered. Their reply suggests the Taliban is being less than honest with Biden’s administration, and that the US troop drawdown could be based on a sham.
CNN has reached out to the Taliban for comment on their relationship with al Qaeda, but it has not responded, rendering al Qaeda’s response to CNN a significant insight to what may happen after US troops pull out. Peter Bergen, CNN terrorism expert and author of several books on Osama Bin Laden, read al Qaeda’s reply to CNN and judged it “genuine.” Bergen points to another part of al Qaeda’s response highlighting continuing ties with the Taliban, in which it said: “At the same time TTP [Pakistani Taliban] and AQ have relations of Islamic brotherhood which was and still intact and same is the case with the Afghan Taliban. “He notes, “This confirms what the UN has been saying that, ‘the Taliban regularly consulted’ with al Qaeda during its negotiations with the United States while guaranteeing that they ‘would honor their historical ties’ with the terrorist group. “Somewhat ambiguously, al Qaeda also claims no interest in using Afghanistan itself as a launch pad for future attacks because it no longer needs it. “It did not need Afghanistan and there is no such intention in the future,” the group says. However, as Cruickshank points out, “a statement of intent from an anonymous operative is hardly binding on the group.” 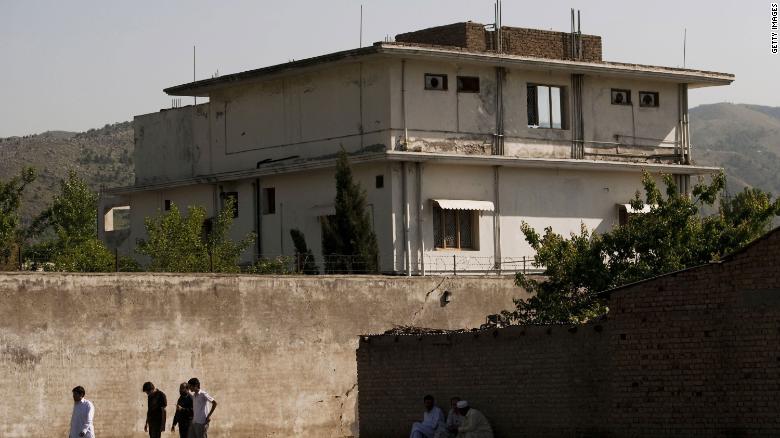 Osama Bin Laden was killed during a raid by U.S. special forces at this compound in Abottabad, Pakistan.

In its reply to CNN al Qaeda declares Afghanistan its victory. “The Americans are now defeated,” and draw a parallel to the Soviet Union’s withdrawal three decades ago from the country and its subsequent collapse: “The US war in Afghanistan played key role in hitting US economy. “That line echoes the rhetoric of bin Laden himself, who promoted the oversimplified idea that the Soviets bankrupted themselves in Afghanistan. The cost of the US wars on terror has reached into the trillions, but the 9/11 attacks did not bring on US economic collapse. Al Qaeda admits the toll the war has taken on them, saying it sent “most” al Qaeda central fighters to Syria where “some of them have been martyred in recent years. “It also admits that bin Laden’s death at the hands of Seal Team 6 did weaken al Qaeda, allowing the more nihilistic Islamists, ISIS (Daesh), to become established. “They benefited from the martyrdom of Sheikh Osama, Sheikh Atiyahullah, Sheikh Abu Yahya Al-Libi (may God have mercy on them) and many others. “In recent years ISIS’s atrocities and attacks it inspired in Europe have all but eclipsed al Qaeda. But the latter presents this as a “tactical silence,” claiming it is not “broken” and is instead “fighting a long war” with “different stages. “Al Qaeda’s current leader, the less charismatic Ayman al-Zawahiri, lives a near virtual existence and is heard from only in rare propaganda releases. However, the group still sees itself as a lead for other jihadists. Franchises of Al Qaeda operate in Yemen, Syria, Somalia and northern Africa, among other places. 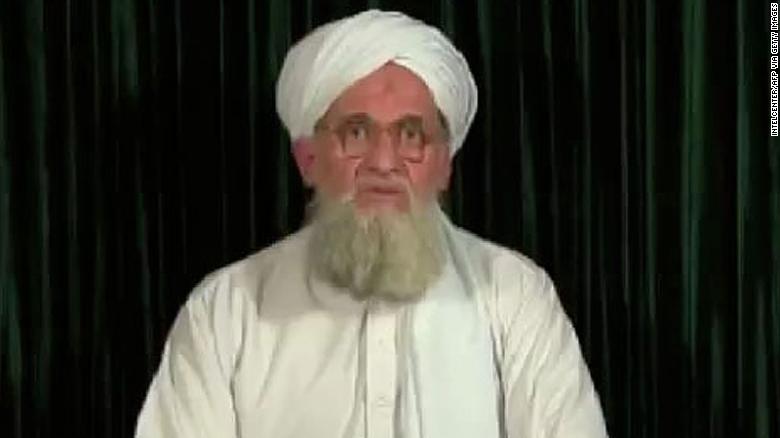 Current al Qaeda leader Ayman al-Zawahiri, pictured in a photo released in 2012, is heard from only in rare propaganda releases.